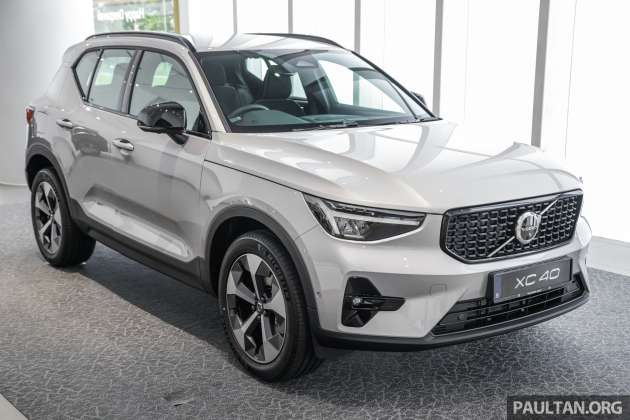 They’re locally-assembled in Shah Alam and are accompanied by a five-year unlimited mileage warranty. By comparison, prices have gone up as the pre-facelift non-PHEV XC40 was priced at RM249,888 (up RM20k), with the previous PHEV version at RM259,888 (up RM10k). 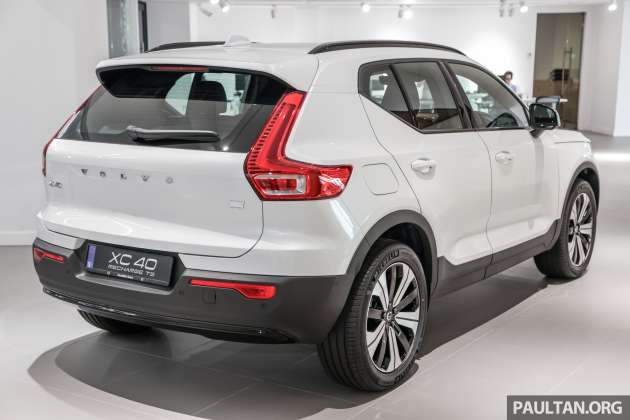 The output figures on the XC40 B5 Ultimate are also slightly higher than the XC60 and XC90 B5 variants. The XC40 Recharge T5 Ultimate PHEV, on the other hand, is powered by a 1.5 litre three-cylinder turbocharged petrol engine paired with a seven-speed dual-clutch transmission (wet clutch). The powertrain produces 262 hp at 5,800 rpm and 425 Nm from 1,500 to 3,000 rpm to drive the front wheels, with a 0-100 km/h time of 7.3 seconds. These figures are unchanged from the pre-facelift models.

On the outside, the trim levels have changed from R-Design to Ultimate. Changes on the facelift XC40 lie mainly in the front section with triangular headlights, with the same treatment applied to the fog light surrounds. In case you didn’t notice, the headlight design is similar to the C40 crossover, Volvo’s first pure electric crossover. 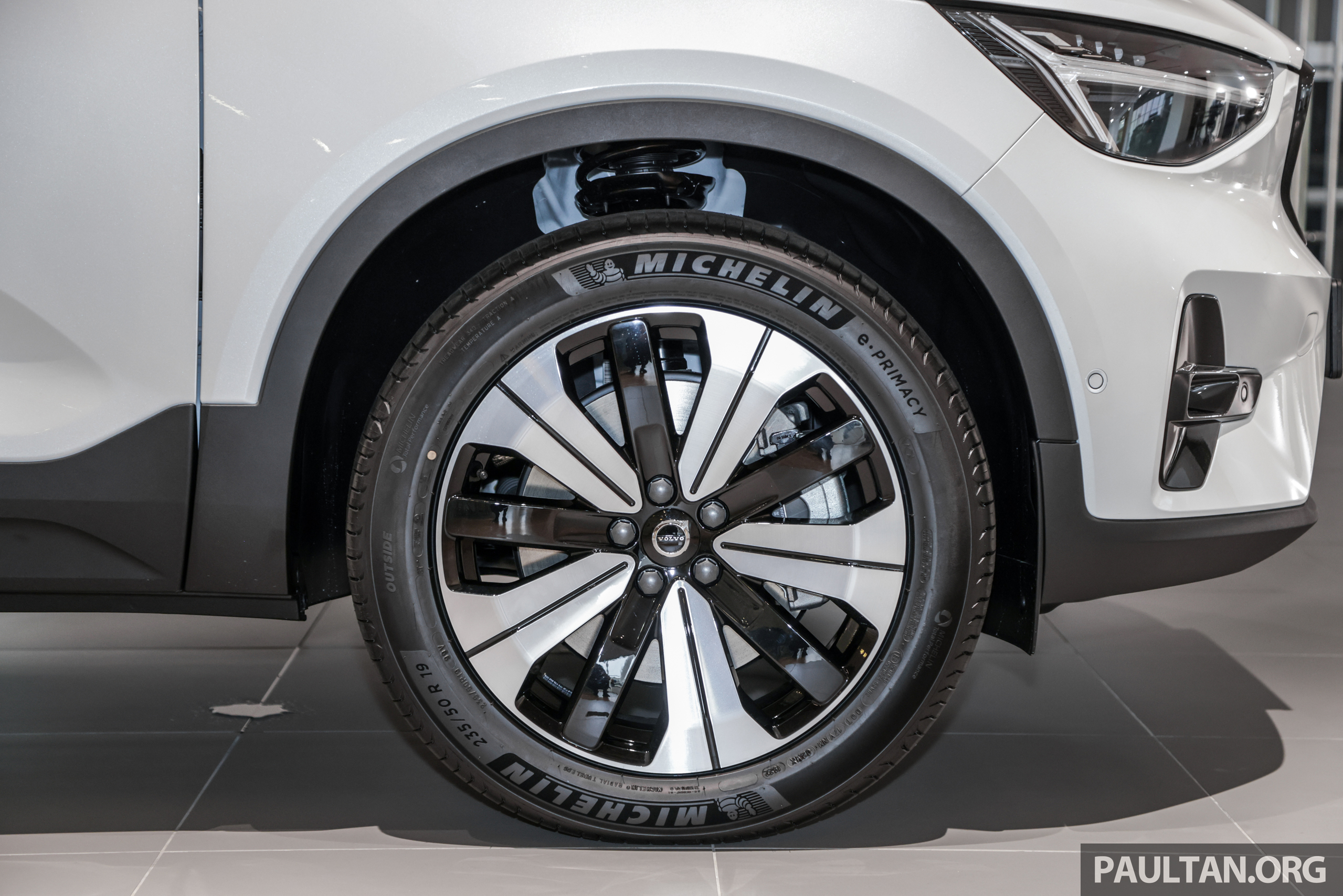 Both the Recharge T5 Ultimate and B5 Ultimate variants are fitted with 19-inch wheels (albeit different designs) and wrapped in 235/50 R19 profile Michelin e.Primacy tyres. Both variants are fitted with a tyre pressure monitoring system while exterior colours include Fjord Blue, Black Stone, Crystal White, Thunder Grey and Silver Dawn. The facelift XC40 variants also seem to have ditched the dual-tone exterior with a black roof from before, as all appear to be single tone colours.

Onboard the XC40 B5 Ultimate and Recharge T5 Ultimate variants are mainly differentiated by the dashboard trim although both interiors are upholstered in suede textile and Microtech upholstery in Charcoal. Standard features in both variants include a dual-zone climate control system with Clean Zone interior air quality system with PM2.5 sensor, a nine-inch touchscreen, 14-speaker, 600-watt Harman Kardon sound system and Bluetooth connectivity. 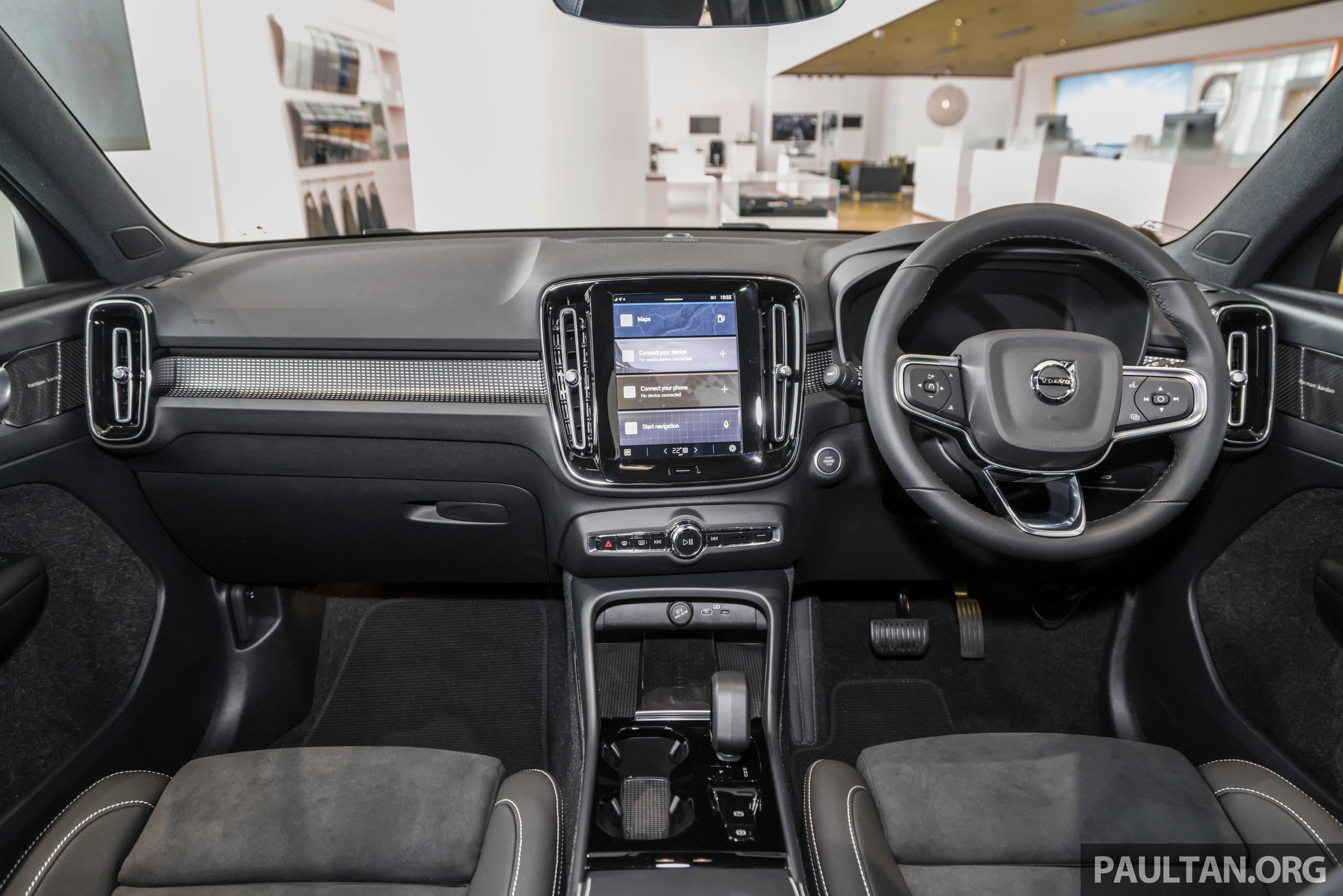 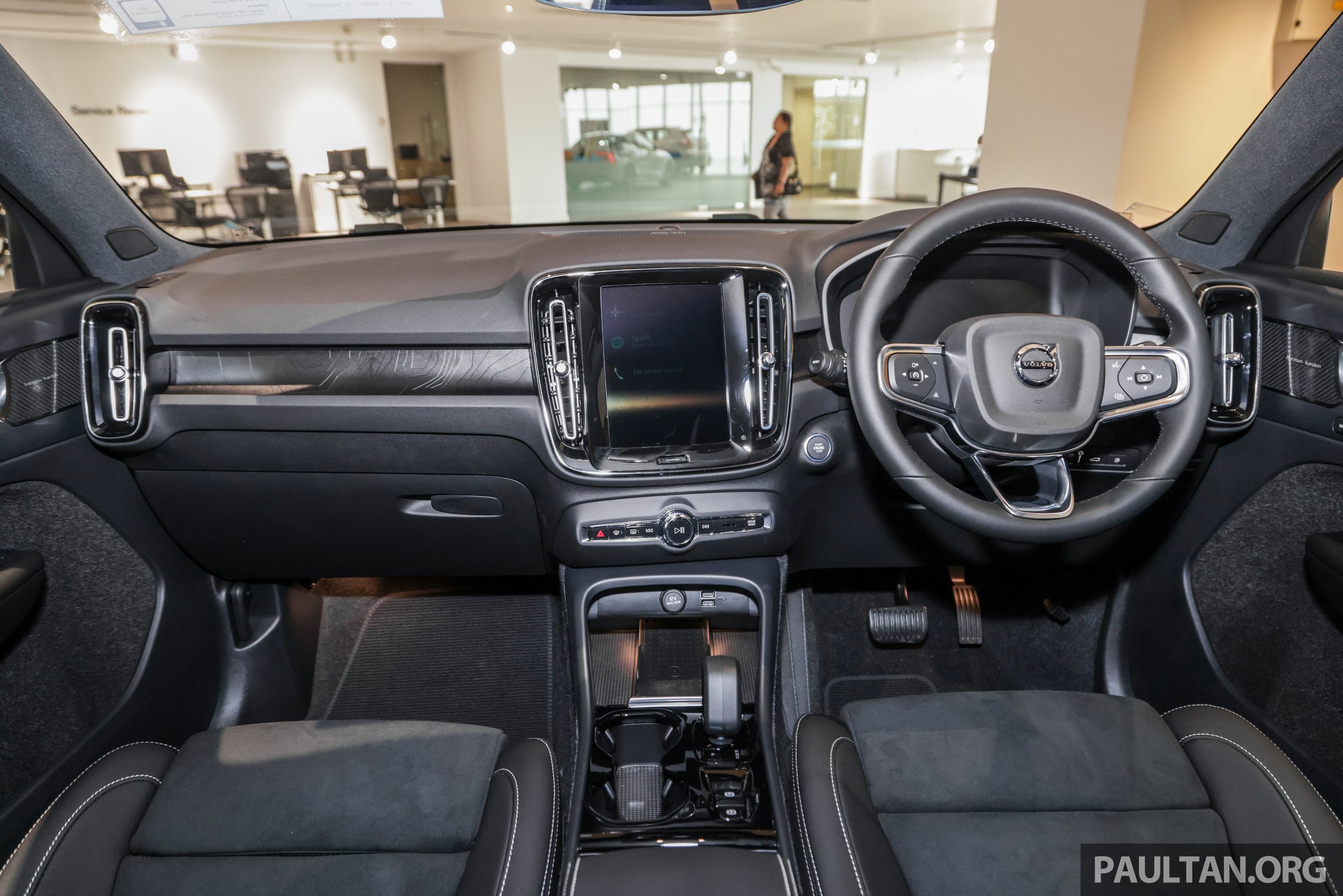 Driver aids also come in the form of the City Safety pack. It offers collision avoidance and mitigation with intersection support, along with pedestrian, cyclist and large animal detection with steering and braking support.

Also standard are features such as front and rear collision warning and mitigation support, lane keeping assist, run-off road mitigation with road edge detection, blind spot information with steer assist, and cross-traffic alert with autonomous emergency braking. There is no shortage of airbags in both the B5 and T5 variants as they include dual-stage driver and front passenger airbags, driver’s knee airbags, dual-chamber side airbags, and full-length inflatable curtains.