This is a Bristol 412, it’s a classic GT car that many haven’t seen before, even in Britain where it was originally built. The body was designed in Italy, the engine was sourced from the USA, and the cars were built at the Bristol factory in southern England.

Bristol was one of those unusual British automakers, a little like Morgan, Lister, Caterham, Marcos, or TVR, that produced vehicles in very limited numbers for a very specific clientele.

During the Second World War the Bristol Aeroplane Company was absolutely critical for the Allied war effort. 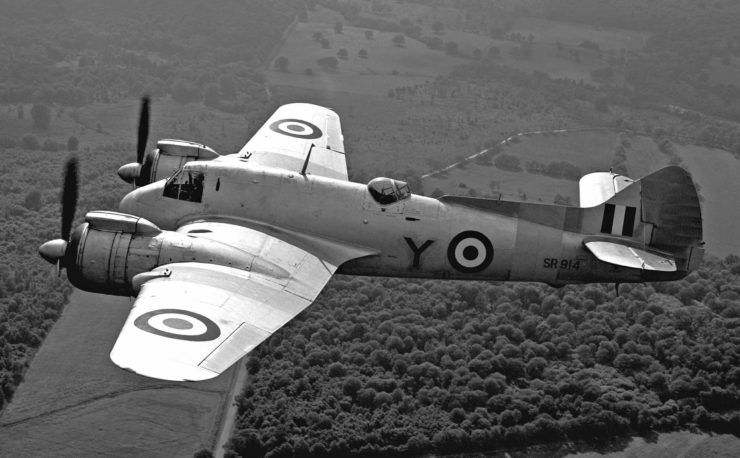 An air to air photograph of Bristol 156 Beaufighter toward the end of the type’s RAF service. Image courtesy of BAE Systems.

The British company built a number of aircraft that were heavily relied upon, perhaps none more so than the Bristol Beaufighter, a multirole aircraft, a long-range fighter, night fighter, ground attack aircraft, and torpedo bomber.

The company had been founded in 1910 after a chance meeting between Sir George White, chairman of the Bristol Tramways and Carriage Company, and American aviation pioneer Wilbur Wright in France in 1909.

Sir White quickly realized the potential of the aviation sector, particularly given the fact that many aircraft manufacturers at the time were run by enthusiasts with little business training.

He established the Bristol Aeroplane Company as an entirely professional endeavor, run by experienced businessmen, with a working capital of £25,000 – a king’s ransom at the time.

Bristol rose to become one of the most important aircraft manufacturers in the country, supplying military aircraft for World War I and World War II. In 1959 the company was joined with English Electric, Hunting Aircraft, and Vickers-Armstrongs to form the British Aircraft Corporation (BAC). 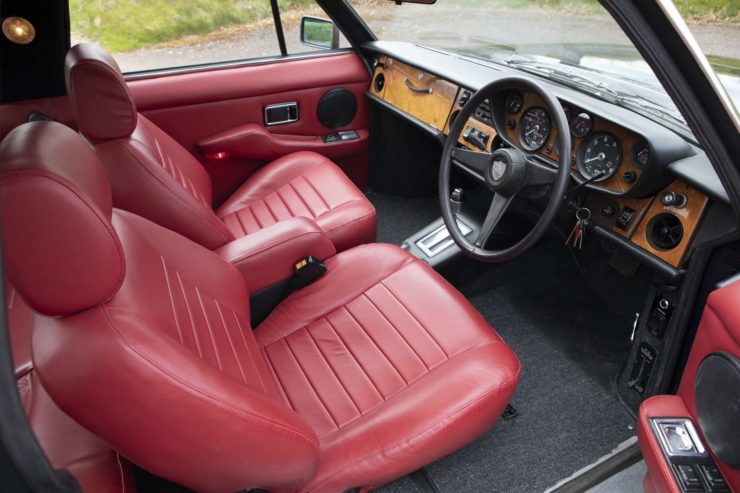 The Bristol 412 was designed as a luxury grand tourer, the interior was upholstered with leather, the dashboard had walnut woodgrain trim, and all four seats were very comfortable.

BAC was then nationalized along with Scottish Aviation and Hawker Siddeley to form British Aerospace, which then became BAE Systems – now the largest defense contractor in Europe.

During WWII the team at Bristol were already formulating plans to enter automobile production in earnest after the war. They would eventually enter into a short-lived agreement with Frazer Nash to build a new car based on BMW underpinnings which had been licensed as war reparations.

The 400 series Bristols would continue and by 1961 with the release of the Bristol 407 the company had switched to using American V8s from Chrysler. In 1975 Bristol released a new design with a radically different body from the team at Zagato in Italy, it was called the Bristol 412 and it would remain in production for almost 20 years. 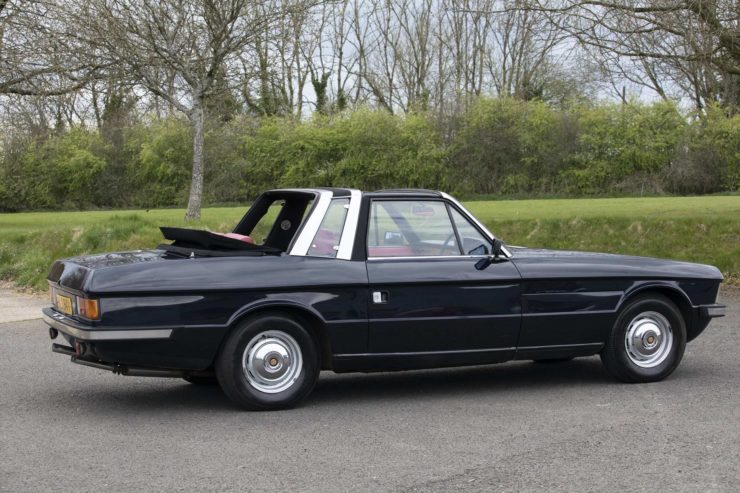 The targa-typwe roof incorporates a removable hardtop that can stow in the trunk, it has a fold down rear section, and the main roof section includes a roll bar for safety.

The styling of the Bristol 412 has long been controversial. It’s very much a car that people either love or hate, with little room in the middle. The 412 was produced over two series with two primary variants produced, the Bristol Beaufighter and the Bristol Beaufort – both named for WWII-era Bristol aircraft.

When it was first released the 412 was powered by Chrysler B series gasoline engines with a displacement of 6,277cc (383 cubic inches). Power was sent to the rear wheels via a Chrysler Torqueflite automatic transmission and no manual option was ever offered – these were intended as luxurious grand tourers not sports cars.

From 1977 onwards the 412 was powered by the 5,899 cc (360 cubic inch) Chrysler V8, and the front suspension was modified to account for the lower weight of the engine.

The unusual squared-off bodywork was accompanied by a targa style roof. The roof panel could be quickly removed and stored in the trunk when required, the roof also incorporated a hefty roll bar for safety.

Inside the cabin you’ll find a luxuriously appointed interior with leather upholstery and a woodgrain dashboard. Interestingly the heating and ventilation system was designed by the same engineers who designed the ventilation system for the Concorde. 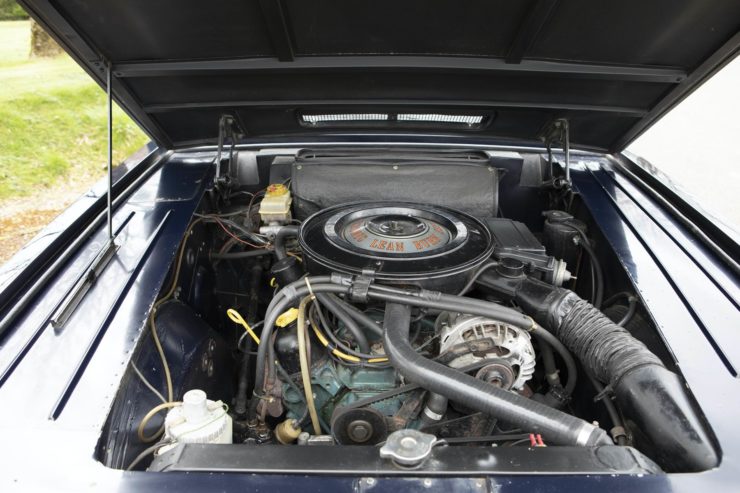 The engine fitted to this Bristol at the factory was the 5.9 liter Chrysler Pentastar V8, a powerful and reliable unit for which spares are easy to find.

There is comfortable seating for four and the suspension is tuned for comfort rather than sharp handling.

Between 1975 and 1993 there would be 98 examples of the Bristol 412 built, many of which still survive and are sought after by collectors and enthusiasts. As with all Bristols they still command relatively strong prices, typically around the £40,000 to £50,000 mark.

The Bristol 42 you see here benefits from much recent work including a newly upholstered interior in red leather, new carpets, a new folding roof, new seat belts and a restored targa top.

This car is powered by the later 5.9 liter Chrysler Pentastar V8 with power sent back through a Torqueflite automatic transmission, this all means that spare parts for the drivetrain are both inexpensive and easy to come by.

This Bristol is now being auctioned live online with Car & Classic, if you’d like to visit the listing to read more or register to bid you can click here. 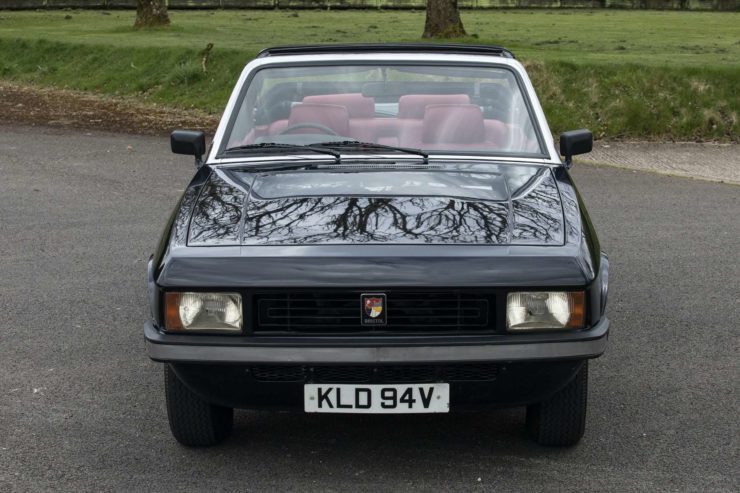 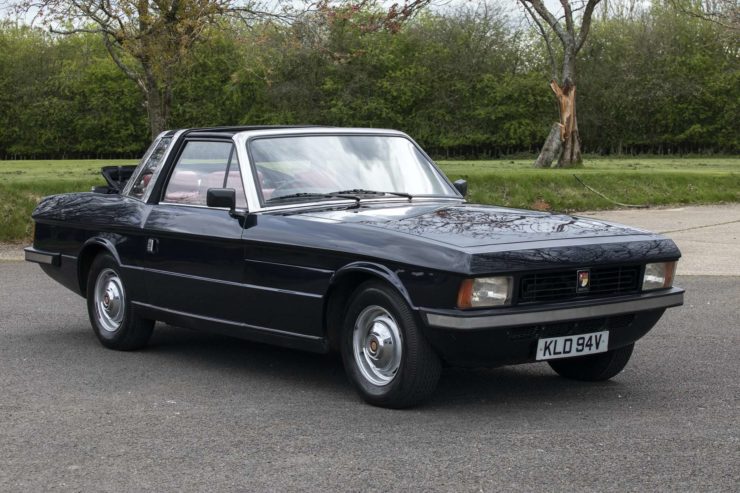 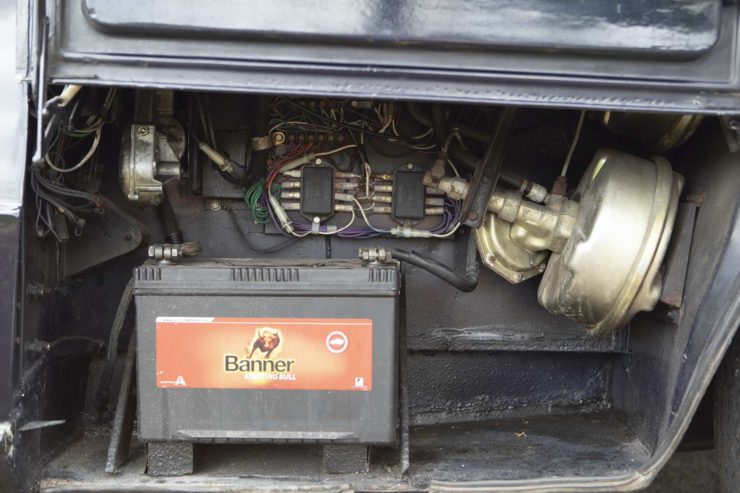 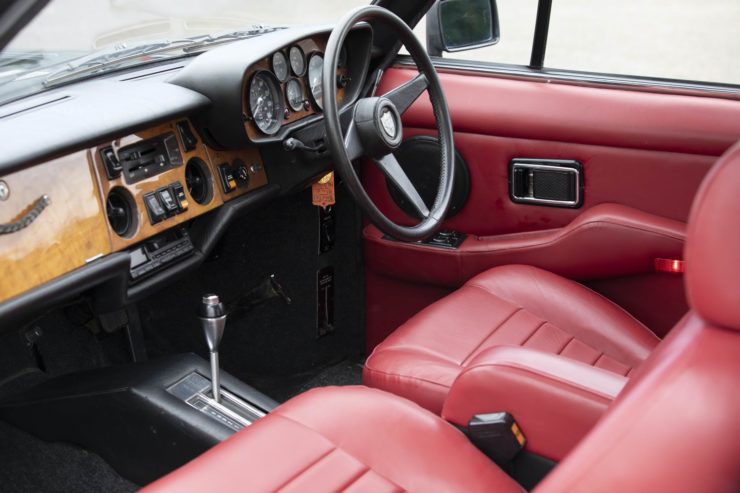 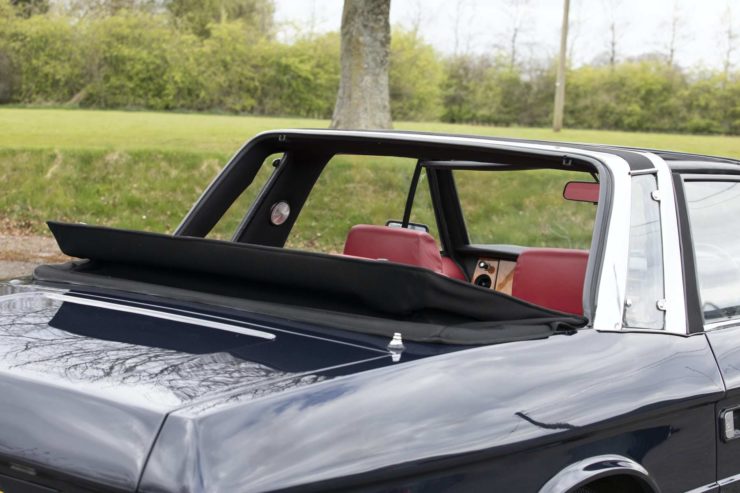 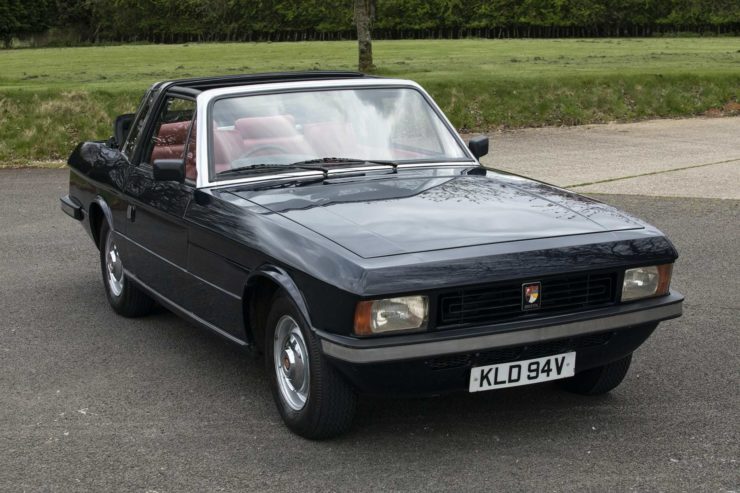 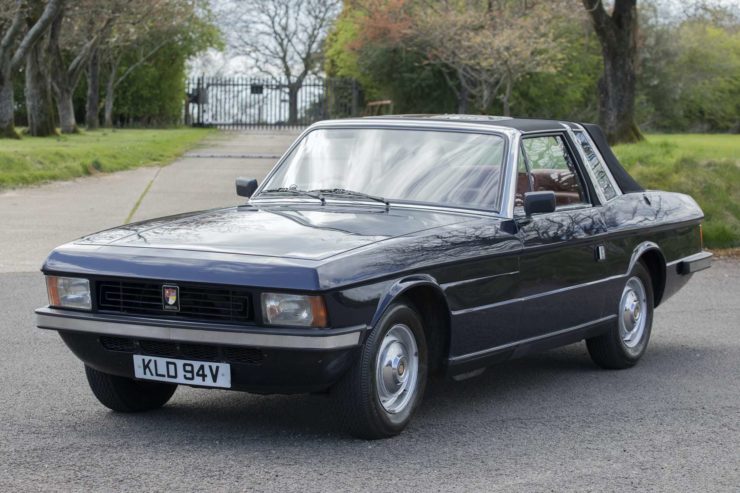 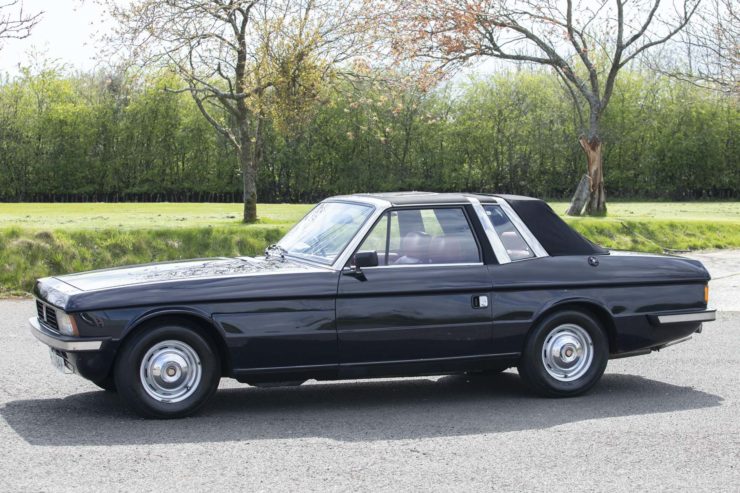 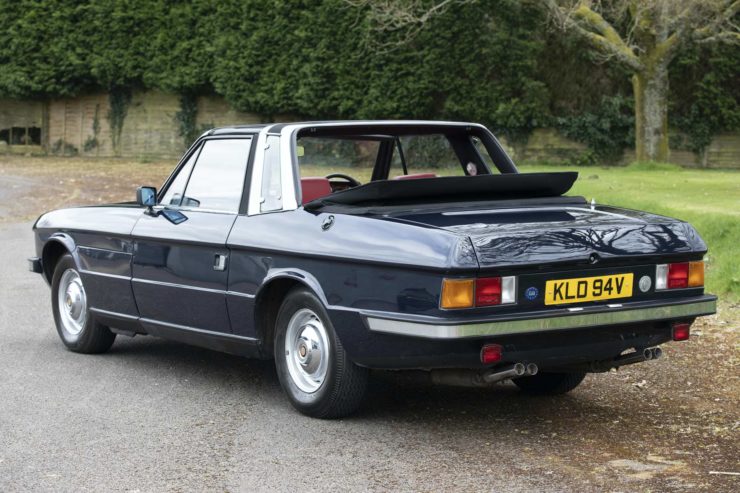 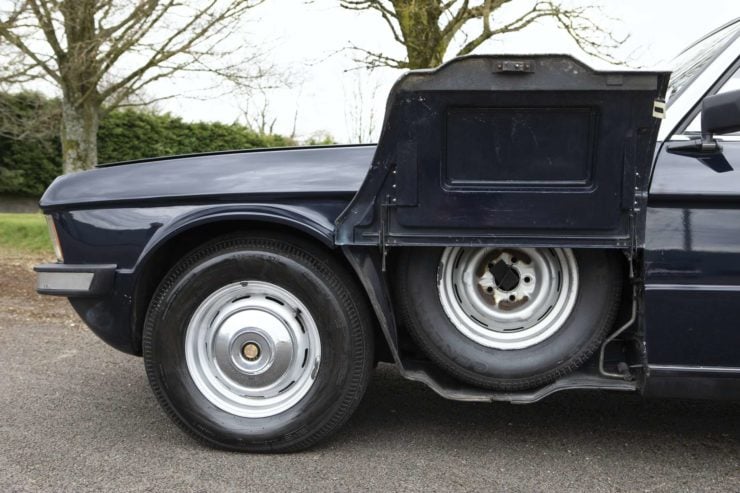 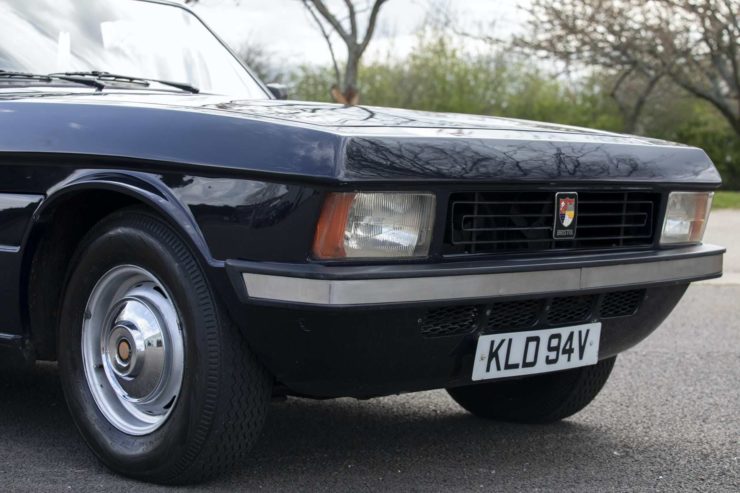 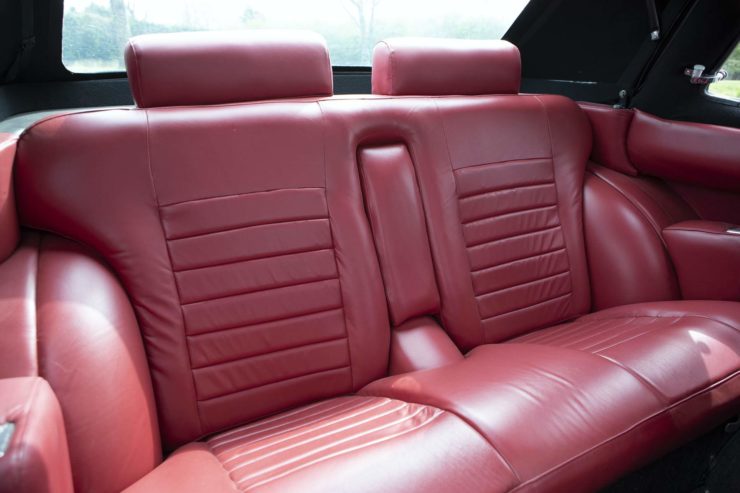 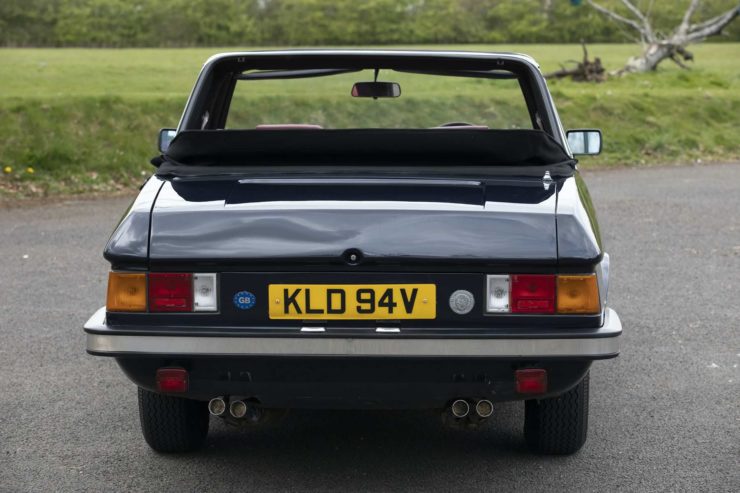 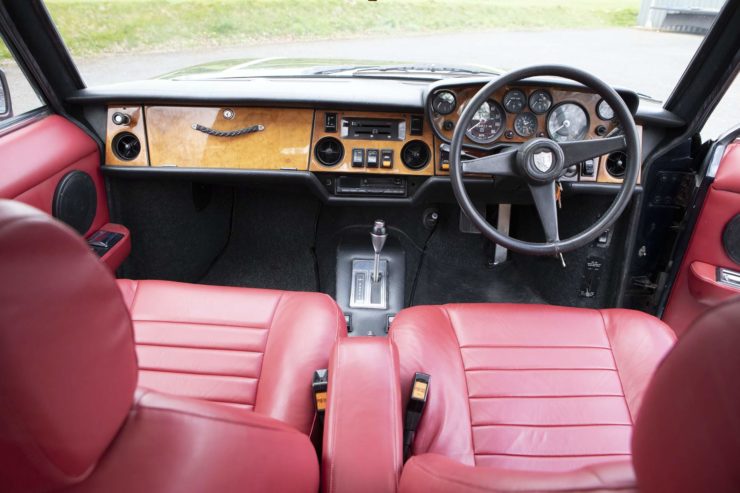 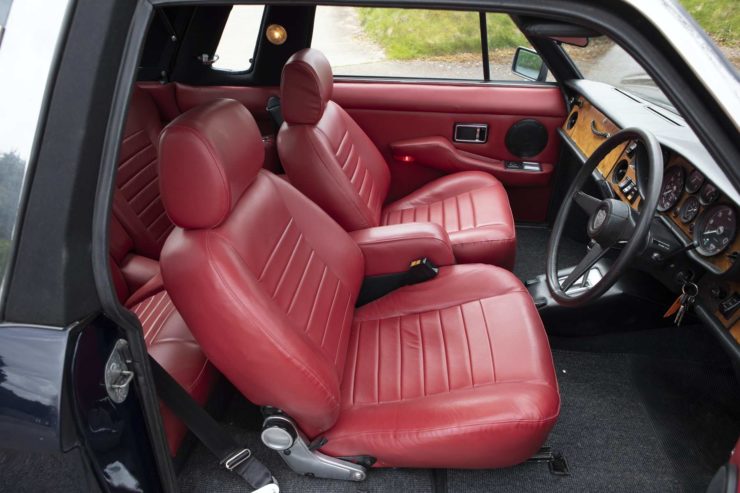 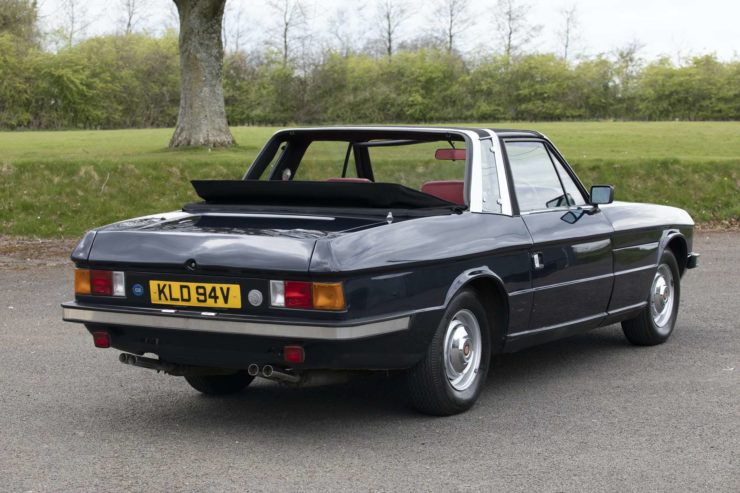